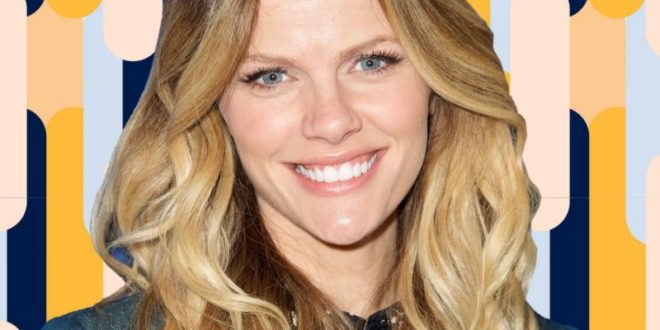 Brooklyn Decker & Andy Roddick Have Another Baby On The Way

Brooklyn Decker and Andy Roddick are expecting their second child, and between their combined looks and talent, we can only assume the baby is going to be a super-human.

According to People, Roddick broke the news while giving a speech at the International Tennis Hall of Fame Class of 2017 ceremony on Saturday, but not before he gave Decker the sweetest praise.

“My wife Brooklyn, most people don’t know you’re kind of nuts,” the tennis superstar said. “You’re my partner in crime. In a life full of good fortune, being around you has been by far the luckiest part. I’m a better human for us having met 10 years ago.”

So cute, right? It gets even better.

“Brook, I don’t know how you juggle it all,” he added. “I see it every day and it still doesn’t make any sense to me. You’re an unreal artist, businesswoman, mother, wife, sister, and friend. You hear a lot of guys who find it very tough to walk away from professional sports. You’re the reason why my personal transition into a quasi-normal, everyday life has been gratifying and full. Hank will someday realize how lucky he is. Our daughter that’s coming will also realize she has the best mother on earth. Simply, thank you for being you.”

Sorry to everyone who’s put together an adorable pregnancy reveal, but this one might be the greatest one we’ve seen yet. Major husband points to Roddick for that one. Decker’s online fashion and styling company, Finery, posted a darling photo of her baby bump celebrating the news.

Decker, who also stars in Netflix’s Grace & Frankie, opened up during a chat with Refinery29 in March about how she and Roddick balance being parents and public figures.

“We’re on call at all times, and if Andy’s jumping on a call, literally it’s like we’re in a wrestling situation — tap in, tap out,” Decker said. “Sometimes I’m the one carrying the load of maintaining the house and maintaining the family, and making sure [our son] Hank gets changed and fed, and sometimes…it’s on Andy. I think because we’ve become so independent as family units, people are afraid to ask for help because they feel the need to look like they can do it all. Asking for help is the only way.”