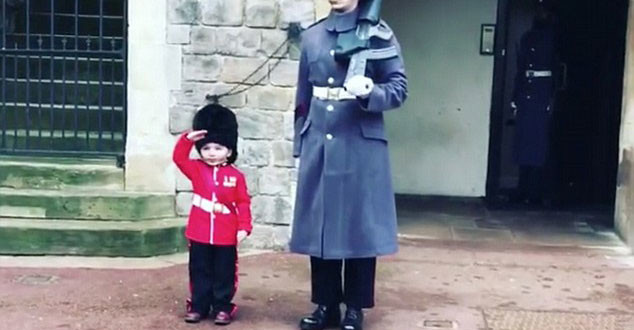 A four-year-old boy has melted the hearts of visitors and traditionally stoic guardsmen alike as he paid a royal salute to Windsor Castle.

Dressed in a miniature version of the traditional guard’s suit and hat he saluted the Coldstream Guards as they marched past.

Adorable Marshall Scott’s uniform was complete with a junior red jacket and dark bearskin, which he wore proudly to the Changing of the Guard at Windsor Castle.

As Marshall saluted the guards marching past him Lance Corporal Paul Edden broke with tradition in a bid to “make Marshall’s day”, reports the Evening Standard.

The soldier marched back out of the keep towards Marshall and saluted with him, before lastly posing beside the youngster for a photo.

“It’s not the usual thing to happen while on guard,” Corporal Edden told the Evening Standard. 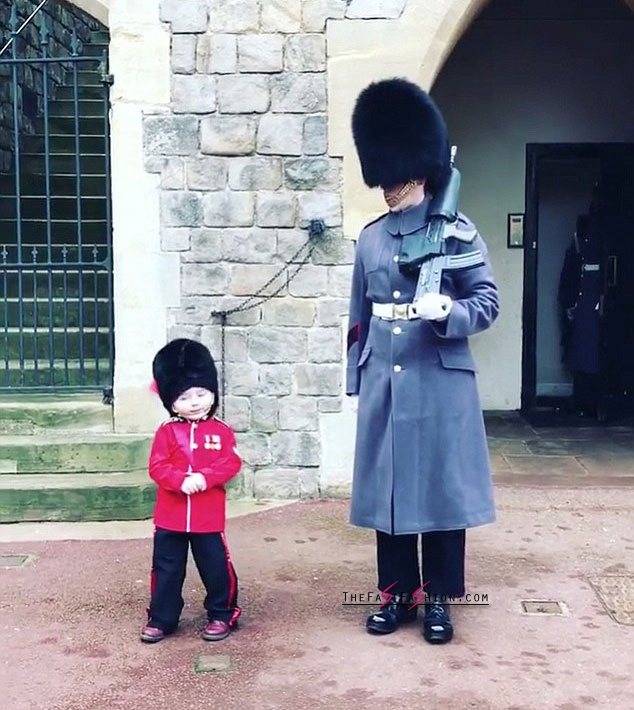 “Usually I would just take the guardsmen in the guardroom as normal – but my wife and I are expecting a baby boy, and I remembered standing at Edinburgh Castle when I was younger hoping to get a picture with a soldier.”

The vision has since gone viral being watched more than a million times in under 24 hours.

Marshall hopes to one day follow in Corporal Edden and his fellow soldiers’ footsteps and become a guardsman himself.