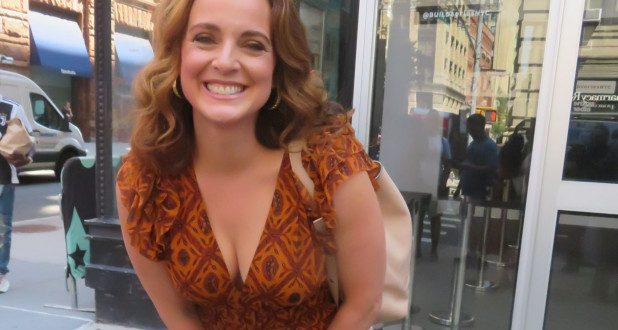 Singer and actress Melissa Errico reportedly helped save a man who fell onto the tracks at the 14th Street Station in Manhattan — just as a train was approaching.

The Broadway and “Billions” star told People magazine that she had just left her vocal coach’s studio and was trying to grab an F train when she spotted the man Wednesday. He “had broken his foot and cut his arms,” and was unable to make it back up onto the platform, according to Errico.

Two straphangers were trying to lift the individual back up — to no avail.

“I could see the two men giving up,” Errico recalled. “They were letting him go.”

The former “High Society” star said the man on the tracks was “sweet” but also “really desperate and scared.”

“I literally hopped into action,” said the 49-year-old Tony nominee and mother of three.

The group managed to get the man back onto the platform safely — with the train that was coming into the station at the time careening to a stop just moments earlier, Errico said. He was reportedly treated by EMTs and transported to a local hospital.

“I had blood all over me,” Errico said. But it didn’t phase her.