Breaking News
Home / Beauty / Makeup / Why I Will Never, Ever, EVER Get a Tattoo 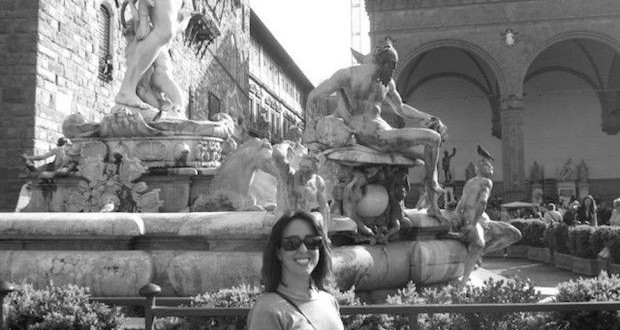 Why I Will Never, Ever, EVER Get a Tattoo

Would I have to start planning outfits around the tattoo like I plan for weather?

No longer the mark of sailors and whatever other archaic stereotypes they conjure up, tattoos are now mainstream. I’ve met more than a few doctors and lawyers with visible ink. Housewives have gotten in on the fun with tattoos from their “wild” days. Others commemorate special occasions, like marriage or the birth of a child.

I don’t have a personal vendetta against tattoos. I don’t dislike those that pay or get paid for them. I don’t hate tattoos. Nonetheless, I could do without the inundation. I don’t need to know what kind of tattoo pairs best with my astrological sign. I won’t find inspiration in an ankle tattoo or a unique shade of ink. I can appreciate the symbolism in some tattoo work, and I can even marvel at words of wisdom. Yet, despite the appreciation, I don’t regret not having a tattoo.

Tattoos don’t fit my personality. As impressed as I am with the artwork itself, I am more impressed with the ability to commit to wearing it forever. I am not built for that kind of commitment. Arrows, for example, are trendy and adorable. I might even like arrows. Still, I can’t imagine that I’d always love an arrow pointing down my finger. It took me nine years of indecision to work up to marriage. And it’s not that I feel comfortable with the idea of divorce, or laser treatments, as the case may be. I had to get comfortable with the idea of permanence. Permanence is not my thing. I don’t change my hair color, sense of style, or makeup very often, but I feel a sense of relief knowing that I can change these things without drastic measures.

RELATED:  Video: Man gets eyeball and penis tattooed to handle his chronic pain

But I’m not just afraid of commitment in the general sense. Ink is more complicated than that. You have to commit to a design. I get dizzy just thinking of all the possibilities. There’s an entire series of commitments involved — commitment to symbol, size, picture, quote, brand, etc. Once I had it, would I want to show it off all the time? Or would I want to hide it? What if it’s partially covered? Would I have to start planning outfits around the tattoo like I plan for weather?

I also have a fear of needles. I distinctly remember watching a phlebotomist instruct my mom on how to hold me down as a child. This, of course, was a two-nurse operation. I also remember watching my parents fight over whose turn it was to drive teenage me to the doctor for my pre-college shots. At another memorable vaccination, a nurse begged me not to faint. I’ve also had my husband feel so bad for me that he stopped shouting about my ridiculous fear long enough to hold my hand through a flu shot. And as amazed as I remain by my two pierced ears, I stopped there. One in each ear was more than enough, thank you. So, sure, there’s a notable exception to my needle phobia, but I still can’t imagine sitting through an entire tattoo session, a needle piercing skin while I clench my stomach and second-guess the design.

Romantics paint a picture of the spontaneous tattoo, as if all women are yearning to get butterfly tats after a few too many house reds. I’m too practical for this. Let’s say that a landmark event happens and I can give my hypothetical tattoo real meaning. What happens if I gain weight? Or lose it? What if I stay the same weight, but my skin gets saggy and wrinkled and the artwork gets distorted and unreadable from the stretching? Even if the aging weren’t a concern, what about bruising? From a distance, even the most beautiful tattoo can look like a fresh bruise.

RELATED:  Heard About Women’s Hair Tattoo Designs? Try One Of Them For Fun Sake!

Speaking of the whole distance thing, that’s another element of tattoos that perplexes me. You have to be kind of up close and personal to get a decent view. I feel like you have to full on stare sometimes to make sense of the artwork. Is it decoration? A quote? Aesthetically, do I like it? It’s an awkward investigation. I don’t want to feel compelled to ask you to stay still while I figure out the inkblot test on your arm.

I actually admire those that have the courage to commit to a tattoo. It’s a definitive statement. “I am committed to this,” no matter what the this is. While I regret pretty much everything, even before it happens, they can at least commit to the idea of this permanent thing, this illustration on their body. I might even regret putting this article out there. But I won’t regret not having a tattoo. And deciding not to have a tattoo is kind of a commitment in its own right.