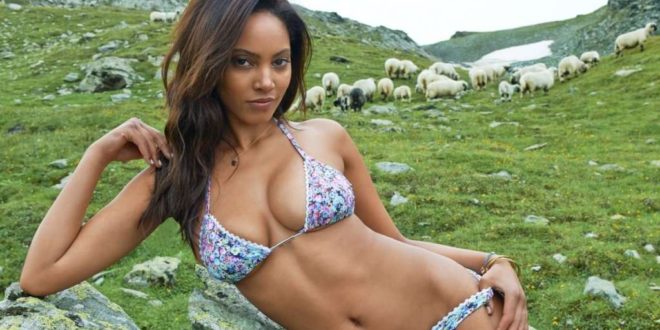 Ariel Meredith was first discovered at the age of 14 and did some modeling for the magazines Seventeen, Teen Cosmopolitan, Cosmopolitan, and Teen. Ariel didn’t make modeling her full-time career until she finished education in 2008. Since then she’s worked the runway for New York Fashion Week modeling for fashion designer Nicole Miller. But it was a fashion show for designer Junya Watanabe that marked her rising stardom. Ariel Meredith’s modeling career can also be found in ads for popular companies like Victoria’s Secret, Levi’s, Gap, Cover Girl, J. Crew, and H&M. Fun fact about Ariel, one of her first modeling agencies dropped her when she refused to get a breast reduction.