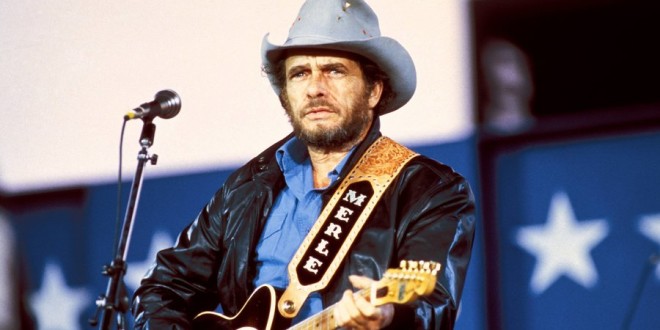 News of the death of country music legend Merle Haggard has touched the hearts of millions worldwide.

The multi-award-winning singer-songwriter known for such classics as “Okie From Muskogee,” “If We Make It Through December” and “Silver Wings,” died on Wednesday — the day he turned 79.

A masterful guitarist, fiddler, songwriter and singer, the Country Music Hall of Famer with the firm, direct baritone released dozens of albums and No. 1 hits over the decades. His music was rough yet sensitive, reflecting on childhood, marriage and daily struggles, telling stories of shame and redemption, or just putting his foot down in “The Fightin’ Side of Me” and “I Think I’ll Just Stay Here and Drink.”

Haggard’s songwriting earned him comparisons to folk songwriter Woody Guthrie because of his fascination with the common man, such as “If We Make it Through December,” the Associated Press reported. But his most poignant songs were the most personal, like the migrant ballad “Hungry Eyes,” or the autobiographical “Mama Tried.”

“I don’t have a great education and music was a way out of poverty,” Haggard said in a 2014 interview with The Associated Press. “I knew there was not much for me to look forward to if I didn’t make it in music.”

Several artists with local and East Tennessee ties were among those extending tributes on Wednesday afternoon shortly after learning about Haggard’s passing.

Greeneville-based country-pop artists The Band Perry posted in a statement: “His are the footsteps we follow in. Rest easy, Merle.”

Also expressing sympathy was music legend and Sevier County native Dolly Parton, who said: “We’ve lost one of the greatest writers and singers of all time. His heart was as tender as his love ballads. I loved him like a brother. Rest easy, Merle.”

Jonesborough native and bluegrass musician Trey Hensley, who is currently on tour in Europe, also shared his thoughts about the passing of the man he called his “musical hero.”

“He is one of the main reasons I play music,” Hensley said.

When Hensley and fellow bluegrass artist Rob Ickes released their album, “Before the Sun Goes Down” last year, their work received high praise from the famed singer-songwriter.

In a quote for the album’s cover, Haggard wrote: “I’m sure I don’t make a true ‘critic’ since I’m already such a fan, but the new album from Rob Ickes and Trey Hensley is a wonderful piece of work. And my songwriting side is truly overwhelmed. Thank you, thank you, thank you.”

Hensley said, “When the email came in with Merle’s quote, I am not ashamed of the fact that I cried. I never thought he would hear my music and I never thought my name would come out of his mouth.

“He was my ultimate musical hero,” Hensley continued. “My dream was to get to meet him. That didn’t happen, but I did get some very kind words from him about my music.

“Tonight in Copenhagen, we finished out the show with Merle Haggard songs. It was emotional, for sure,” he said.

Multiple-Grammy winner Barry Bales, who resides in Greene County, was saddened to hear of Haggard’s death.

Only a few months ago Bales was in the recording studio for a new project Haggard was working on with producer Buddy Cannon, though Bales and Haggard weren’t in the studio at the same time.

“That happens a lot in the recording world,” Bales said.

Bales added: “A lot of people have favorite country music singers. When people ask me I don’t hesitate. I’ve said it before and I’ll say it again: Merle Haggard is the greatest singer ever — that’s in total — his delivery, his sound, his tone, his control, his song writing. He had it all. There is no question about it.”