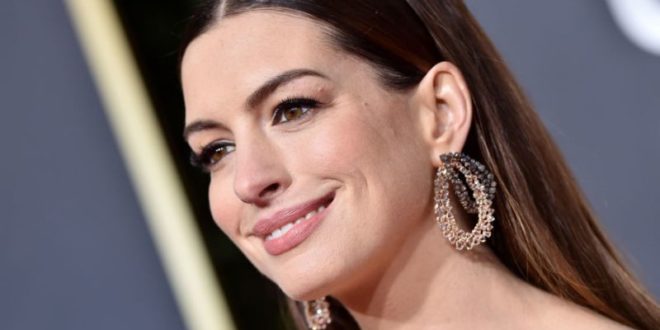 Anne Hathaway has decided to give up drinking alcohol for the next 18 years because she does not want to drink around her son.

The Serenity star and her husband, Adam Shulman, welcomed their son, Jonathan, in April 2016. While talking to Ellen DeGeneres this week, Hathaway opened up about her decision to quit drinking booze as a result.

The 36-year-old said her main reason for going temporarily teetotal was because she didn’t want to be hung-over during morning school drop-offs.

“I quit drinking back in October, for 18 years,” she said on The Ellen DeGeneres Show on Tuesday. “I’m going to stop drinking while my son is in my house just because I don’t totally love the way I do it, and he’s getting to an age where he really does need me all the time in the morning.

“I did one school run one day where I dropped him off at school,” she said. “I wasn’t driving, but I was hung-over and that was enough for me. I didn’t love that one.”

While on the topic of drinking, the actress also opened up about a night she can’t even remember while shooting Serenity with co-star Matthew McConaughey on the island of Mauritius.

“We drank the night away, and then I had to go to a meeting with Steven Knight, our director, the next day, and I was just kinda stumbling in with one eye open and I was trying to convince him about certain things about my character,” she said.

“And at the end of it I said, ‘Listen, I have a confession. I was hung-over the entire time.’ And he just goes, “‘Oh, really? I couldn’t tell,’” Hathaway continued.

“Then two days later we had another meeting and I showed up and he said, ‘Oh, now I can tell.’”

If recent research is anything to go by, Hathaway is wise to consider abstaining from drinking alcohol when she’s on parenting duty.

According to a University of Michigan Medical School survey in October 2018, a quarter of parents don’t think about whether they will be able to look after their children if they are suffering from a hangover the next day.

Out of the 1,170 parents who took part in the survey, one in 12 admitted to being too affected by alcohol to carry out their regular parenting duties the next day.

Previous Minor Inudo: 31 Sexy Photos 2019
Next Woman famous for hiking in her bikini freezes to death after tragic fall 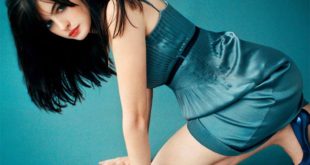