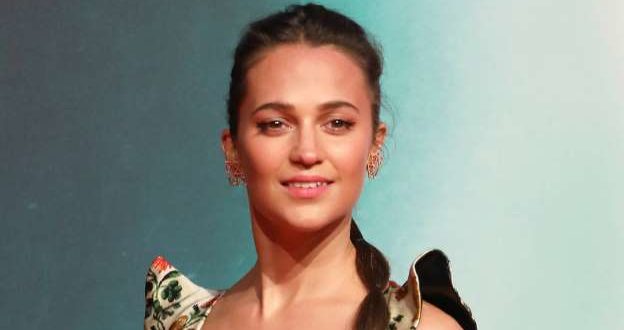 Alicia Vikander loves her version of video game heroine Lara Croft so much she wants to portray her for years and years.

The Oscar winner plays the bike messenger-turned-hero in the latest Tomb Raider movie, which hits cinemas later this month (Mar18), and she admits she had so much fun as Croft she wouldn’t hesitate to sign on for a series of sequels.

Speaking at the European premiere of the movie in London on Tuesday (06Mar18), where she was joined by her actor husband Michael Fassbender and co-star Kristin Scott Thomas, the 29-year-old said, “If we have an audience that want more, of course it would be fun to revisit the character.”

The Danish Girl star believes the timing is perfect for her new Tomb Raider film, released 17 years after Angelina Jolie last played Lara Croft on the big screen, thanks to the changing times in Hollywood brought on by the #MeToo and #TimesUp movements, and she hopes a sequel will feature more women.

“It feels like we live in times now that when you’re gonna point that out people are actually gonna listen, which is very exciting,” she told Press Association.

The actress also told reporters she worked out for four months before filming began, so she would really look like an all-action woman as cameras rolled.

“We wanted this Lara to be more realistic,” she said. “We wanted to make sure all the things she does physically could actually happen.

“I’m quite petite so I looked at female athletes and stunt girls that I worked with and I was like, ‘I need to get that physique’.”

Previous Angelina Jolie drops Pitt name from U.K. charitable firm
Next Being Sleepy During the Day Could Be a Warning Sign of Alzheimer’s