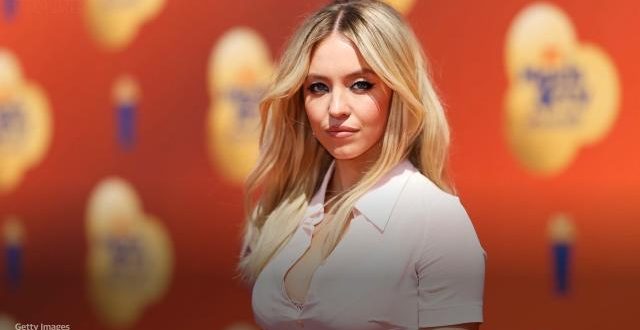 Sydney Sweeney is enjoying the fruits of her labor.

A few days after she snagged two first-time Emmy nominations for her roles in HBO’s White Lotus and Euphoria, the rising star, 24, sat down with The Hollywood Reporter to reflect on her meteoric rise to the top, her dreams of being a young mother and her feelings about being a sex symbol — including the recent chatter surrounding her numerous topless scenes. 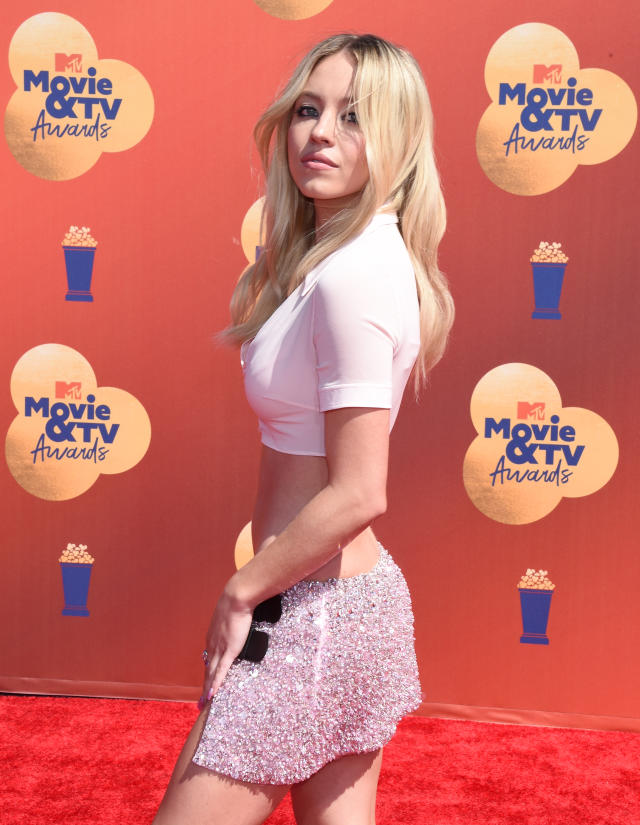 While fans of the show have praised Sweeney’s performance as high schooler Cassie Howard in Euphoria, there has also been criticism from fellow cast mates about how its creator, Sam Levinson, has handled nude scenes in particular.

Though Sweeney has spoken on the issue herself, explaining in the past that the scenes have actually helped her “become very confident” with her body, she elaborated further with THR, saying that she fully trusts “the filmmakers that I work with, and I’m always so excited for whatever Sam writes.”

She added that whenever she’s working “it’s as if it’s someone else’s life,” which helps her to focus on the story at hand rather than the fact that she’s nude in front of the cast and crew. 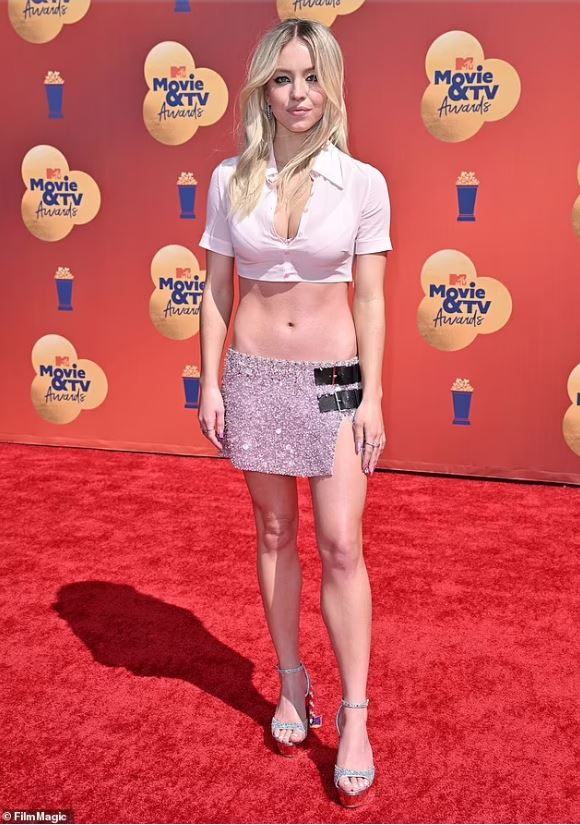 “People forget that I’m playing a character,” she said of the criticism. “They think, ‘Oh, she gets naked onscreen, she’s a sex symbol.’ And I can’t get past that. I have no problems with those scenes, and I won’t stop doing them, but I wish there was an easier way to have an open conversation about what we’re assuming about actors in the industry.”

The actor, whose family moved from Washington state to Los Angeles when she was 13 to support her Hollywood dreams, also spoke about the financial insecurity she still feels — and how it relates to her dreams of being a mom.

“I want to have a family, I’ve always wanted to be a young mom, and I’m worried about how this industry puts stigmas on young women who have children and looks at them in a different light,” she said. “I was worried that, if I don’t work, there is no money and no support for kids I would have.”

That level of anxiety ultimately led Sweeney to develop a rigid work schedule — including landing brand deals and endorsements — which nearly made her burn out, all for the sake of ensuring that she had enough money to finance her future family.

“If I wanted to take a six-month break, I don’t have income to cover that,” she explained. “I don’t have someone supporting me, I don’t have anyone I can turn to, to pay my bills or call for help.”

“If I just acted, I wouldn’t be able to afford my life in L.A. I take deals because I have to,” she noted. “They don’t pay actors like they used to, and with streamers, you no longer get residuals. The established stars still get paid, but I have to give 5 percent to my lawyer, 10 percent to my agents, 3 percent or something like that to my business manager. I have to pay my publicist every month, and that’s more than my mortgage.”

When reflecting on her early years, she can’t help but point out the level of rejection she experienced — and how it’s given her a thicker skin.

“The rejection you get while you’re trying to learn to be yourself is insane. It’s insane how adults look at you,” she said. “I had no idea getting into this industry how many people have connections. I started from ground zero, and I know how f***** hard it is. Now I see how someone can just walk in a door, and I’m like, ‘I worked my fucking ass off for 10 years for this.’”

Still, despite her success, Sweeney still considers herself a Hollywood outsider and makes no qualms about what she really thinks about the Hollywood elite.

It’s no secret that Sweeney has routinely had to defend her nude and sex scenes, making it clear that doing them has created a healthier relationship with her body.

“I’ve weirdly become very confident with my body through Cassie,” she told Variety in June. “It’s a very safe environment,” she added of the Euphoria set. “I’m very fortunate that I am coming up during a time where there is so much thought in this process and we now have intimacy coordinators.”

When explaining the logistics of how these scenes are directed, the actor explained that, while shooting, “it’s kind of like a stunt coordinator for a sex scene.”

“They bring in tools and choreograph a whole thing,” she explained. “Sometimes there’s yoga mats that you can put in between each other or there’s like pads or yoga blocks. There’s some weird stuff. They come into your trailer and talk to you one-on-one and even if you have agreed to something, they ask you on the spot on the day, ‘Did you change your mind? Because you can.’ And then instead of you having to, if you feel uncomfortable talking to the director, they’ll be your voice for you. It’s a really cool dynamic, and they’re on set with you and they make sure that you’ve got some mint and some gum.”