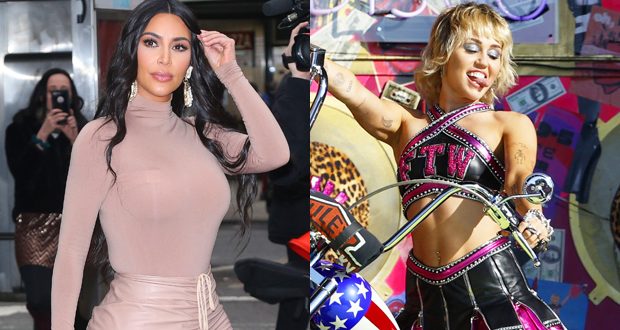 A Miley Cyrus fan account, dubbed @MileyEdition, noted that Kardashian was following the “Wrecking Ball” artist’s IG account on Dec. 10 — the same day Page Six reported that Cyrus went to Davidson’s condo after their “Tonight Show” appearance — but, as of Tuesday, the Skims founder was no longer listed as one of her followers.

The move could signal some three-way drama among Kardashian, Cyrus and Davidson after the latter two co-hosted a New Year’s Eve special in Miami on Friday.

During the extravaganza, Davidson, 28, joined Cyrus, 29, on stage to perform a version of Will Smith’s “Miami” — and the show seemed to have gone on without any blips (excluding Cyrus’ minor wardrobe malfunction).

But before their special, Cyrus seemingly put the moves on Davidson while promoting the event, serenading him on “The Tonight Show” and singing, “It should have been me.” The lyrics could have been a shot across the bow of 41-year-old Kardashian, whom Davidson has been dating since October 2021.

Page Six exclusively reported that following “The Tonight Show” appearance, Cyrus was spotted heading to Davidson’s Staten Island condo, where Kardashian was also spotted later in December sneaking out in the morning. 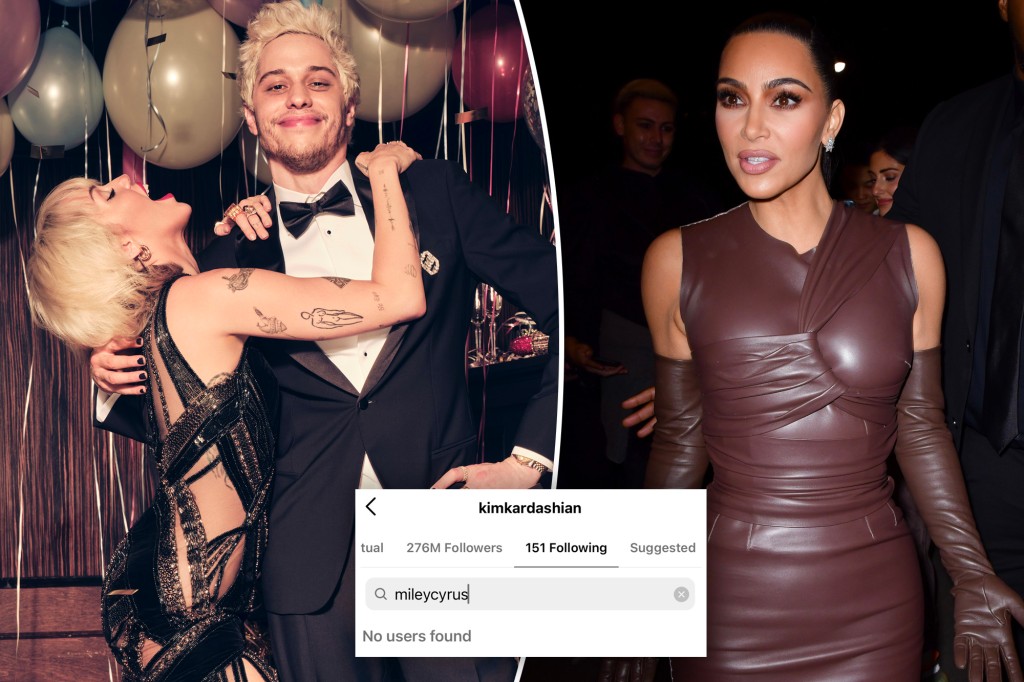 While Davidson spent his New Year’s Eve celebrations live on television with Cyrus, Kardashian was home in Los Angeles with her kids. But the couple reunited this week to travel to the Bahamas together on a private jet.

Page Six first broke the news that the duo was officially dating in November last year.

Weeks later, Kardashian filed to be legally single amid her divorce from Kanye West. She and West, who recently struck up a romance with Julia Fox, share four children together.

Reps for Kardashian, Davidson and Cyrus did not immediately respond to Page Six’s request for comment.