Breaking News
Home / Celebrity / Kim Kardashian will continue to post suggestive photos after becoming a lawyer: ‘You can do it all’ 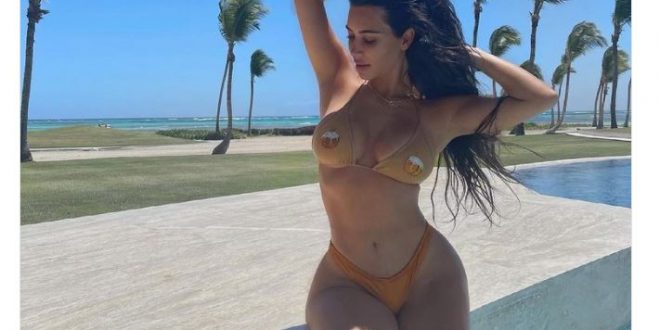 Kim Kardashian is giving some of her sexy photos a second thought as she looks toward her future as a lawyer, sharing with Andy Cohen that she’s considered a possible conflict between her social media presence and career.

“I thought about this. And then I thought, ‘You can do it all. You can do whatever you want,'” the 40-year-old shared in a preview of Thursday night’s Keeping Up with the Kardashians reunion. “I remember going to the White House one time and I was like, ‘I just posted a bikini pic, I hope they’re not looking at my Instagram while I’m in here.’ And then I thought, you know what, you’ve gotta be you. But I will say that, I don’t know, there’s something so freeing about feeling like, ‘F***, I’m 40 and I’m in the best shape of my life and I want to post a bikini studying if I want to.’”

The businesswoman and mother-of-four went on to say that she feels that there’s something “empowering” about the dichotomy. Still, she has taken her children into consideration as well.

“I don’t want to embarrass my kids or make them feel a way if they’re in high school and I’m the embarrassing mom that’s like posing in selfies and in bikinis,” she said. “There will be limits.”

As for the suggestive photos that the rest of the sisters post, Khloé Kardashian added, “I think we just do what we’re comfortable with.”

True Thompson’s mother went on to explain that “there’s a lot of things that some might do that I’m not as comfortable showing,” when it comes to the sisters. “So we just I think support each other for what we do.”

And when it comes to making a decision about what goes on the ‘gram or stays off of it, the Kardashian-Jenner squad has a group chat for that.

“I’ll send pictures to them sometimes and I’ll say, ‘Guys, is this too much?’” Kim shared, referencing a particular photo from a recent vacation that her sisters nixed. “I listen to them. But it’s National Peach Day soon.”

Previous Emily Ratajkowski’s crop top is a wardrobe malfunction waiting to happen
Next COVID-19 Vaccines and Myocarditis: What Parents Need to Know About the Potential Link