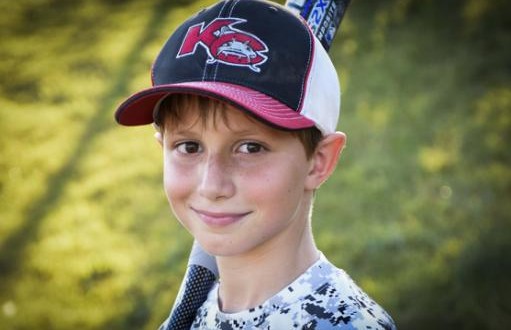 Family of boy killed on Kansas waterslide settles with park

KANSAS CITY, Mo. — The family of a Kansas lawmaker’s 10-year-old son killed last summer on what was billed as the world’s tallest water slide reached a settlement Wednesday with the park’s owner and the raft’s manufacturer.

Messages left by The Associated Press with one of the family’s attorneys, Michael Rader, and with Caleb’s father, Republican state Rep. Scott Schwab, were not immediately returned. Scott Schwab did not attend Wednesday’s legislative session.

“The Schwab family remains determined to hold all those responsible for this tragedy accountable, while doing all they can to ensure this never happens again to another family,” the family’s attorneys said in an emailed statement later Wednesday, adding that “in the near future we will be allowed to disclose further specifics regarding the settlement.”

The family’s court filing Wednesday noted that the settlement “shall have no impact, whatsoever,” on any potential claims against others, including the ride’s designer.

A spokeswoman for Schlitterbahn Waterparks and Resorts, Winter Prosapio, confirmed the settlement, which was first reported by The Kansas City Star. But she declined to elaborate, other than to say the park’s owners plan to follow through on permanently removing the slide from its 168-foot tower as announced in November.

“We’ll have an announcement in the future about what will go in its place,” Prosapio told the AP. “We are very anxious to take it down, and hopefully this (development Wednesday) will be another step in that direction.”

An attorney for two women injured with Caleb Schwab during the ill-fated ride last Aug. 7 on the “Verruckt” slide — German for “insane” — said Wednesday’s action does not resolve any potential liabilities against the park’s operators by his clients. Lynn Johnson declined to discuss the status of his clients’ case involving Schlitterbahn.

No charges have been filed in the matter as of Wednesday.

Authorities said the Kansas City, Kansas, police investigation of Caleb’s death has been turned over to the Kansas Attorney General’s Office, which said through spokeswoman Jennifer Montgomery that it has accepted the case for review at the request of local prosecutors. Montgomery, in an email to the AP, offered no other details.

The ride has been closed since Caleb Schwab died. The boy was decapitated in the accident, a person familiar with the investigation previously told the AP on condition of anonymity because that person was not authorized to speak publicly about the boy’s death.

Verruckt featured multi-person rafts that make a 17-story drop at speeds of up to 70 mph, followed by a surge up a hump and a 50-foot descent to a finishing pool.

Riders, who were required to be at least 54 inches tall, were harnessed with two nylon seatbelt-like straps — one crossing the rider’s lap, the other stretching diagonally like a car shoulder seatbelt. Each strap was held in place by long straps that close with fabric fasteners, not buckles. Riders held ropes inside the raft.

States’ regulations of waterslides and other amusement rides have faced scrutiny following Caleb’s death. Kansas is known for its light regulation of amusement park rides, and the Texas-based company that operates Schlitterbahn lobbied legislators to help ensure that it remained responsible for its own inspections.

Kansas mandates annual inspections of permanent amusement park rides but allows private inspectors to do the checks, rather than requiring a state inspection. A document released by the state Department of Labor after Caleb’s death showed that all of Schlitterbahn’s rides passed private inspections in June.

After being sworn in again on Monday, two months after being re-elected, an emotional Scott Schwab told legislative colleagues during his first formal speech since his son’s death to remember there’s more to life than what happens in the Capitol. Schwab told lawmakers to “let it go” when their bills die or amendments fail, and that “life isn’t worth wasting too much emotional energy on such things.”

“I just want you to know, it could be worse, and it will get better,” he said.

Associated Press reporters Heather Hollingsworth and Margaret Stafford in Kansas City and John Hanna in Topeka contributed to this report.

Copyright 2017 The Associated Press. All rights reserved. This material may not be published, broadcast, rewritten or redistributed.