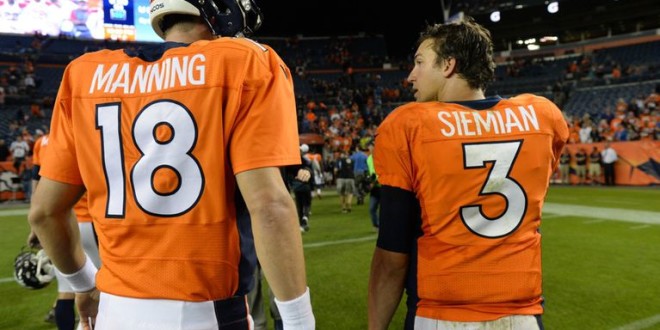 Gary Kubiak shocked the football world by announcing his retirement with a press conference on Aftermath Monday.

Just a year after hoisting the Lombardi trophy, Kubiak walks away from football. He claims he is healthy as a bronco, but the NFL grind became too costly.

Health and safety is the most important for all personnel in professional sports. Nothing but respect goes toward Gary Kubiak and his successful career.

His ten-year career ends without a playoff appearance but he’s only one of 31 head coaches to ever win a Super Bowl. His career winning percentage of .522 only charts at No. 81 all time, his    5-2 playoff record is the tied for the fifth best in NFL history in win percentage, minimum five games coached.

He will go down in Texans history as the coach to finally elevate the Texans as a real NFL team. When it comes to expansion teams, it usually takes an obligatory decade to start becoming competitive. So far all of Houston’s playoff wins have come under Kubiak. The Texans will look to change that this Wildcard Weekend against the Derek Carr-less Oakland Raiders.

John Elway’s plan to keep Denver as a contender took a wild turn. After Brock Osweiler ironically went to Kubiak’s old stomping grounds, the Broncos are now without a head coach and a stable quarterback.

Siemian had a solid yet forgettable stat line with 3,401 yards, 18 touchdowns and a passer rating of 84.6.  Paxton Lynch has yet to prove he can lead a franchise and Elway remains hesitant on signing an aging veteran to go on a one-year championship run.

Unlike San Francisco, Denver makes for a very juicy coaching position with plenty of offensive weapons and one of the best defenses in the past 10 years.

Kyle Shanahan reportedly is their top priority after his amazing season with Matty Ice and the 11-5 Falcons.

Kubiak will be missed as he became the perfect fit for the Broncos through Manning’s struggles. Not only did he claim a Super Bowl title, but helped raise an expansion team find relevancy. While he is not a hall of fame coach, he’ll be remembered dearly for both franchises.