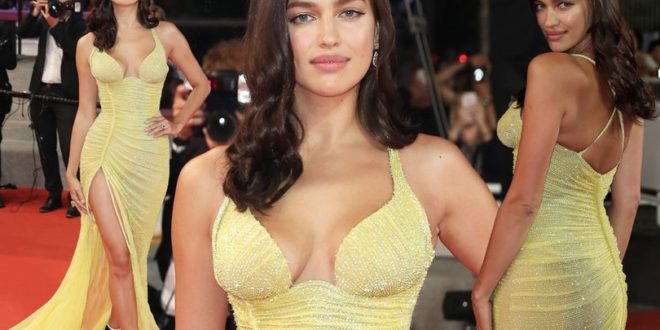 On Tuesday, Irina Shayk returned to the red carpet for the first time since welcoming her first child back in March.

And the Russian beauty, 31, looked nothing short of stunning in an eye-catching, sparking yellow gown.

The brunette was a picture of perfection as she posed on the red carpet at the premiere of Hikari (Radiance) in the sexy design that featured a dramatic thigh-split and flowing train.

She wore the look with strappy silver sandals and had her hair swept over in a side parting and styled in loose waves. 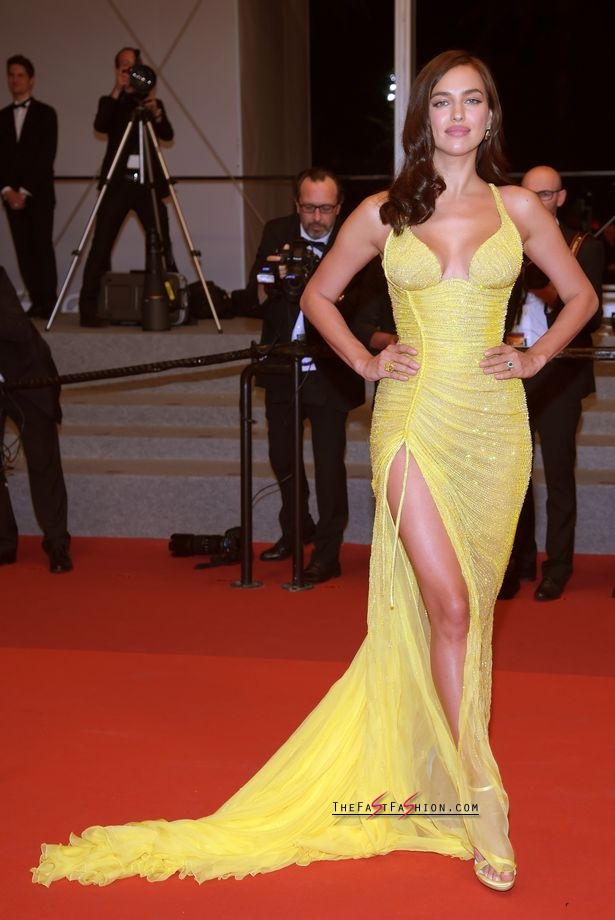 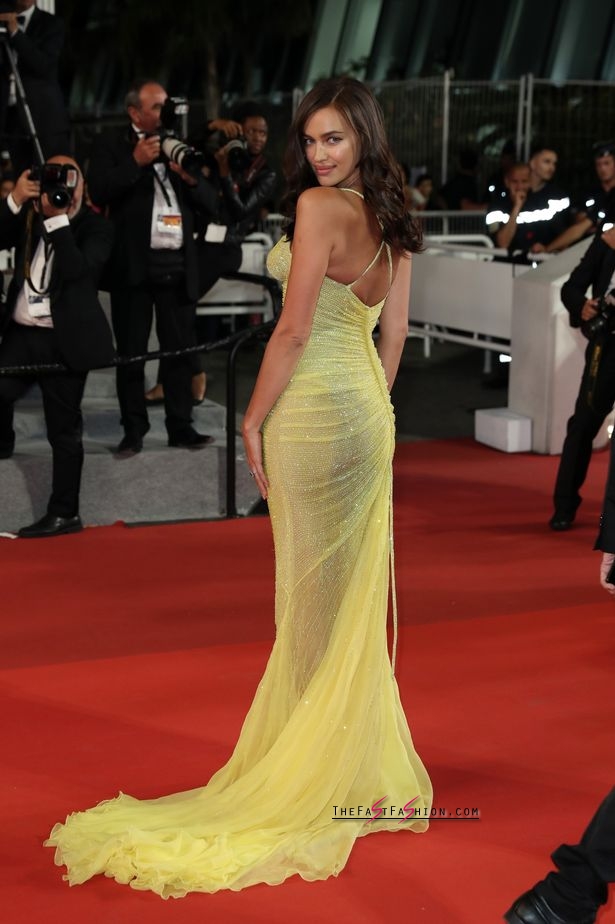 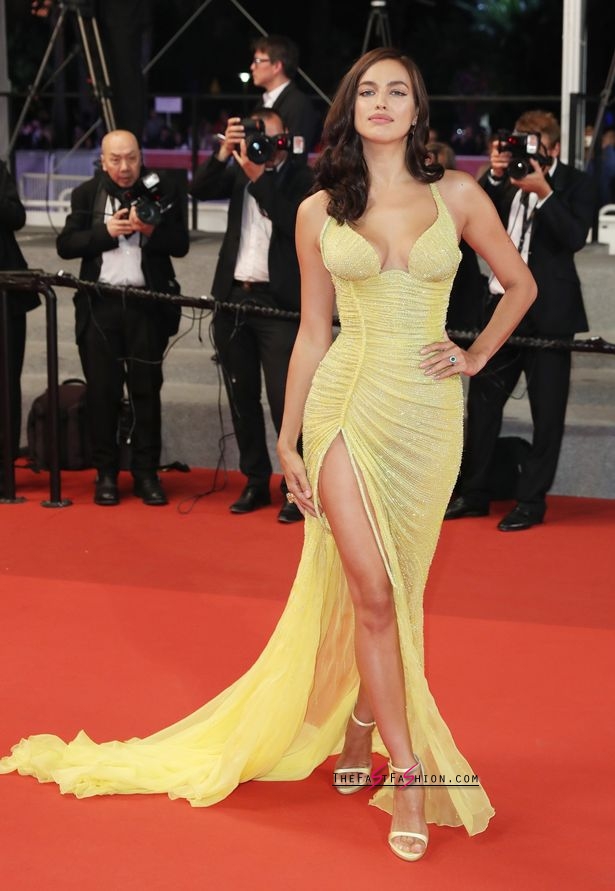 Aside from a ring on her engagement finger and another on her other hand, the star wasn’t wearing any accessories.

Irina and boyfriend Bradley Cooper welcomed their first child together just months ago, though they are still yet to address the arrival publicly. 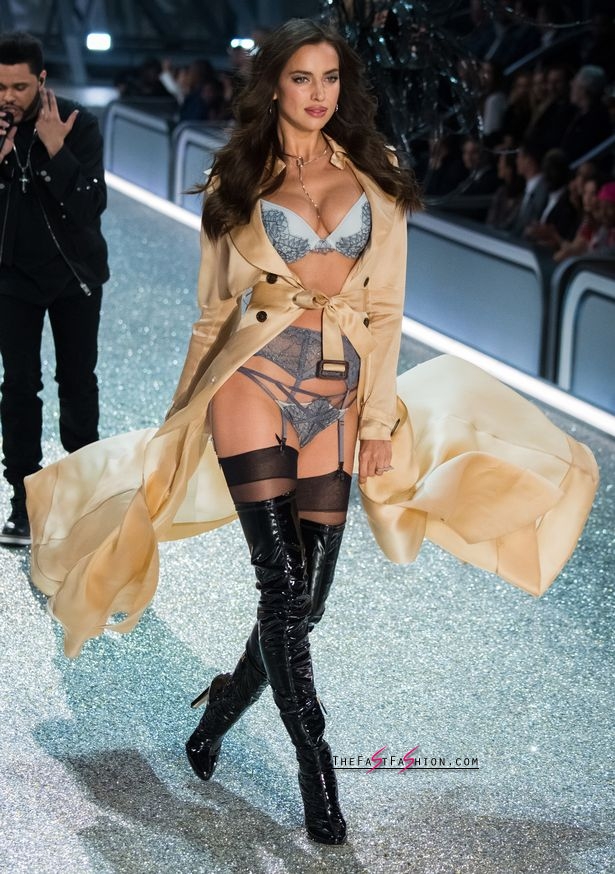 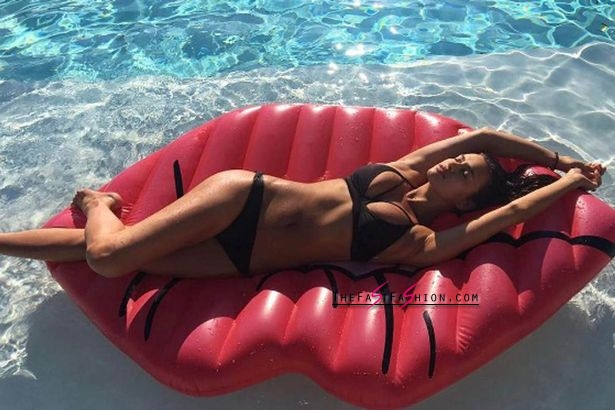 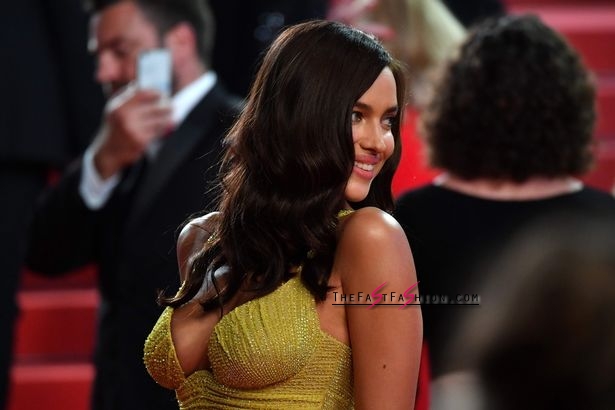 The supermodel, who flashed her post-baby body in a bikini just weeks after giving birth, first sparked pregnancy rumours when she appeared on the 2016 Victoria’s Secret Fashion Show runway sporting a small bump.

A few months later, in February, the model’s baby bump was clearly visible during a trip to Disneyland.

Bradley and Irina – who used to date Cristiano Ronaldo – have been very private throughout the nine months.

Previous Yuri Hamada: 14 Sexiest Photos Of cute gravure teen idol
Next ‘Inconsolable’ Ariana Grande and supportive mum Joan arrive in the US where boyfriend Mac Miller greets her with a kiss 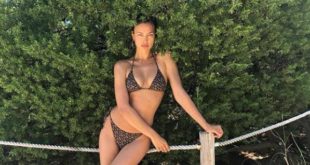 Irina Shayk shows off the next generation of the Burberry bikini